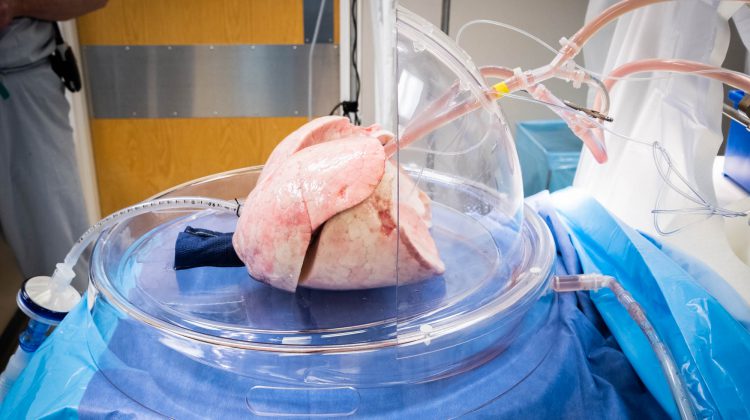 Vancouver General Hospital is the only facility in the province that performs adult lung transplants and a new program is a win for all British Columbians.

Vancouver Coastal Health and BC Transplant are teaming up on a new program called Ex Vivo Lung Perfusion, which uses a machine that allows lungs to live outside the body for up to 12 hours.

Supervisor of Perfusion Services at VCH Amandeep Sidhu said this really is an amazing machine.

“The Ex Vivo Lung Profusion system allows us to actually take lungs that were previously not suitable for transplantation and put them onto the device and allow them to recondition over several hours, reassess them and potentially transplant them into patients.”

This amazing system has the ability to run a bloodless solution containing oxygen, nutrients, and proteins into injured donor lungs, mimicking a healthy human body and can actually repair and recondition lungs.

Sidhu said acceptable lungs have to pass a number of tests.

“We match for size, as well as antibodies and blood type and then for the lungs themselves, we want to make sure they have excellent characteristics,” said Sidhu. “So, a great gas exchangeability, they have good pressures within their airways, as well as throughout the lung, so that they’re going to be suitable after transplantation.”

Once these lung transplant surgeries, which usually run at six to eight hours are completed, recipients stay on a ventilator until they can breathe on their own.

This program will go live tomorrow and staff at VCH will have the ability to take a set of lungs and evaluate them on a machine and bring in a recipient for six to eight-hour lung transplant surgery.

Fifty double lung transplants were performed in 2018, with Ex Vivo that number is expected to increase to 60 this year.