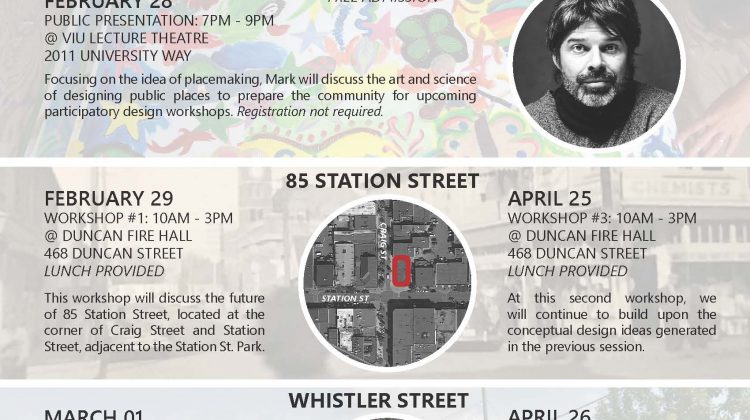 The City of Duncan wants the public to help design the futures of 85 Station Street and Whistler Street.

A series of workshops begins on February 28th with a primer on community design and ‘placemaking’ at Vancouver Island University.

The guest speaker is Mark Lakeman of Portland’s Communitecture and City Repair Project.

He’ll talk about the art and science of designing public places.

On February 29th and April 25th, workshops will be held at Duncan Fire Hall, at 468 Duncan Street to discuss ideas for 85 Station Street.

Two workshops will also be held at the same location to get ideas on the future of Whistler Street.

And they plan to feed you at those workshops, as lunch is included.

Duncan council will get the final presentations about the redesign of 85 Station Street and Whistler Street on June 16th at the city hall.

Space at these workshops is limited, so if you want to register you can call the City of Duncan or visit Duncan’s website.