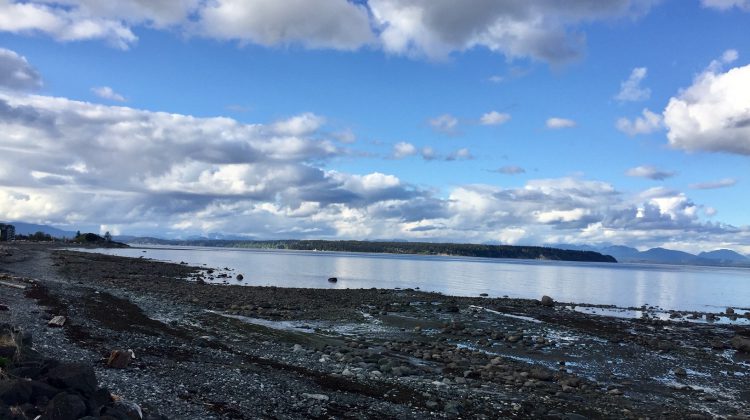 Environment Canada meteorologist Armel Castellan said there “does seem to be a correlation” between pandemic restrictions and our improved air quality.

“Obviously it’s going to be a combination of the two.  There are some emissions that haven’t gone down a lot like truck delivery. Those emissions have stayed relatively constant throughout this time.”

Meanwhile, air and ferry traffic is down considerably, and there are fewer commuters on the road. 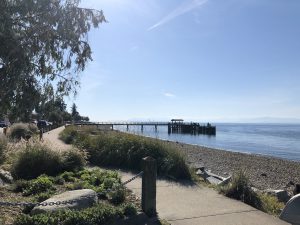 Across B.C., the air quality index currently sits at two or three, or low risk.

Castellan said air quality has also been “extraordinarily good” because of the unstable weather patterns we’ve seen through March and April.

He added that you can see the difference.

“Anecdotally, I’ve noticed lots of people describing the view from Victoria down towards Seattle and being able to see Mt. Rainier,” he said. “That’s something that’s quite tangible. When you see Mt. Rainier so clearly, and really that’s restricted to a handful of times per year in most other years.”

“It (the ban) has been renewed until the 15th of June so that is at least one piece of the puzzle that has been eliminated, just knowing that the COVID crisis is related to respiratory systems,” Castellan said. “If there is something that we can do as a society, it’s to restrict how much we are adding to that mixture, as well.”

Castellan said then, “it becomes clear that there is an impact anecdotally, and of course when you look at it from the numbers that come of either the NO2 signal from the satellites, or from the sensors that measure the components of the Air Quality Health Index.”

However, Castellan said it’s too early to tell if there is a conclusive scientific thread “to hang our hats on,” as to whether the quality of air is linked to reduced activity due to the pandemic.

“But there is a correlation that seems to be there, and it’s maybe not as clear in the south coast B.C. context as it has been so far in parts of Ontario and Quebec and that’s mostly to due with all of the variables being all over the map, and very difficult to compare.”

Keep Covid-19 Off the Table at Thanksgiving

BCHL moves ahead with exhibition games, season delayed to December