Arrests Made After Police Raids in Duncan, Shawnigan Lake and Langford 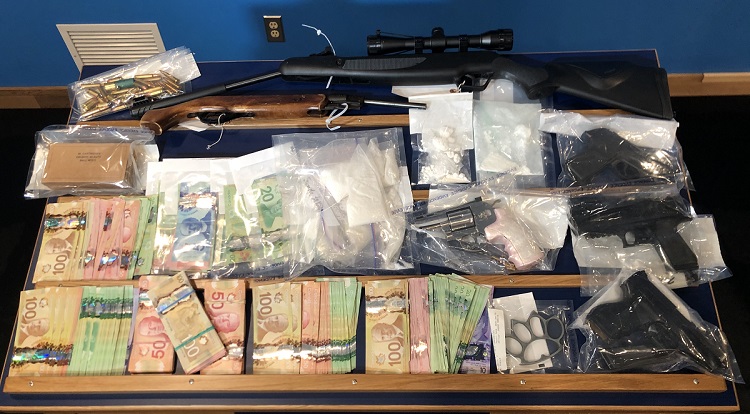 The West Shore RCMP in Greater Victoria and the Organized Crime Unit have arrested five people after a year-long drug multi-jurisdiction investigation that culminated in searches at properties in Duncan, Shawnigan Lake, and Langford.

The RCMP raided 2 homes and one business and investigators seized “a vast amount of evidence.” Police say they believe all three properties are related to the same drug trafficking operation.

The evidence includes Cocaine, a modified handgun, replica handguns, as well as brass knuckles and a switchblade knife.

One of the properties searched contained an illegal marijuana grow-op with about one-hundred plants.

Three men and two women were arrested and police say they will face numerous drug trafficking and weapons charges.

The RCMP recovered a stolen vehicle, a stolen mountain bike, and seized two vehicles as evidence.

The names of the people arrested, and where they lived, has not been released as charges are still pending.