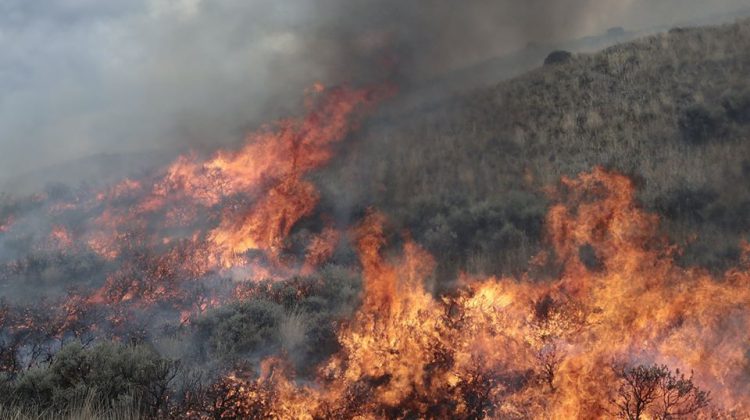 flames and smoke from a wildfire. Supplied by BC Wildfire Service Facebook page.

The smoke is back, but it isn’t posing a health risk to most people.

Environment and Climate Change Canada Meteorologist Carmen Hartt said the smoke is at higher elevations and it’s wafting in from further away.

Hartt said, “Now it’s more of the California stuff and a lot of it is aloft, the weather systems aren’t as strong.”

Environment and Climate Change Canada said the air quality index will likely peak at four and not come close to where it was a few weeks back when the air quality was ten plus, or very unhealthy.

“At the surface, we’re not seeing much, we’ve got a lot of monitors at the surface that measures the particulate matter from smoke and they’re very low right now,” said Hartt. “Right now, we’ve got an AQHI (Air Quality Health Index) of one, which is the lowest air quality health index, but we do see the smoke obscuring the sun a little bit.”

Hartt said, “The smoke is here, but it’s not really at the surface and not really affecting our health this time.”

The elderly, people with respiratory issues, and young children may be affected by the smoke and you can monitor the air quality here.