MP Johns calls on government to stop clawback of CERB 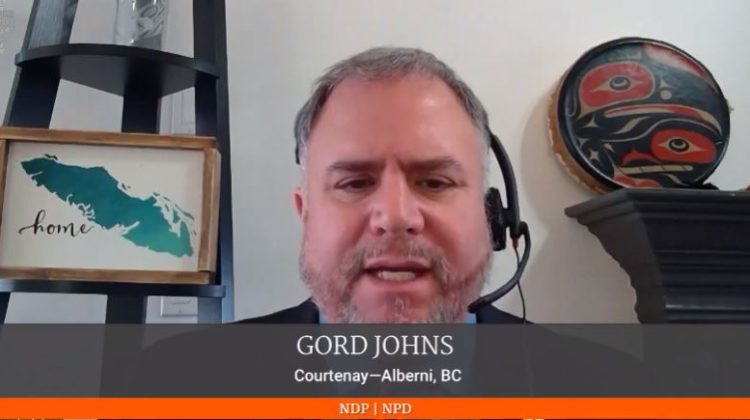 The Courtenay-Alberni MP says Canadians who thought they were eligible for the CERB shouldn’t be asked to pay it back.

During a virtual House of Commons, he referred to self-employed home-based business owner in Port Alberni, Jackie Ryan, who received the benefit after being assured by Canada Revenue Agency of her eligibility.

Johns says she had closed her business in response to public health warnings about the pandemic and successfully applied for an emergency CERB benefit.

“Jackie applied for the CERB because she was told she could and she used the help to pay bills and support her family because she did not qualify for any small business supports, said Mr. Johns.

“The Liberals are now telling Jackie she needs to pay the CERB back,” he added.

In response, the minister of employment, Carla Qualtrough acknowledged it is a difficult time for Canadians and assured him that “no Canadians, including Jackie Ryan, will be required to make CERB repayments at this time.”

“In fact, we’re actively looking at options to support Canadians, where it might be determined they were ineligible,” Qualtrough continued. “As the Prime Minister has said, we’re going to work with Canadians who need to make repayments in a way that is flexible for them and understanding their unique circumstances. There won’t be penalties or interest for anyone who made good faith mistakes.”

The NDP say they’re fighting to ensure no one that needs help falls through the cracks and are urging the government to stop going after workers who were told they were eligible for the CERB and that gross income is the test for the $5,000 of income for CERB eligibility.

“Meanwhile, some rich corporations which received emergency wage subsidies have been paying out millions to their shareholders”, MP Johns told the Commons. “This government isn’t going after them so why is it going after Jackie and other Canadians who did nothing wrong while refusing to hold the ultra-wealthy accountable?”